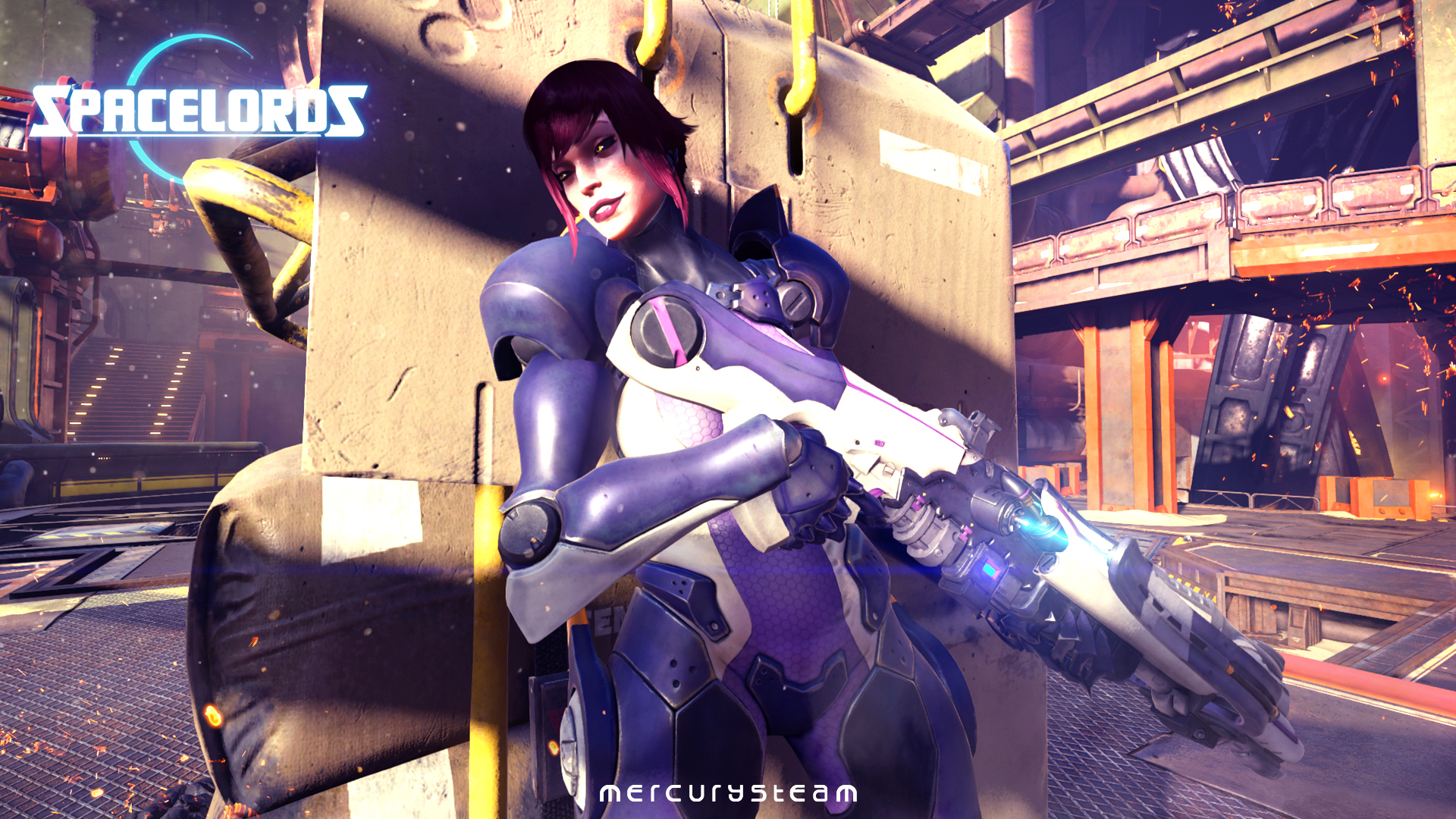 Taking out “sray” Fifth Council units was Ginebra’s mission for decades. On a fateful day, Ginebra was assigned the Konstantin unit as her next target. Upon their meeting, Konstantin refused to engage her, resisting the Hunter’s punishment before falling and distracting Ginebra just long enough to allow the small group of locals he was protecting to escape. Konstantin’s noble sacrifice awoke something long forgotten within Ginebra’s human core, and now she’s counted among the defector’s ranks she was previously charged to purge. 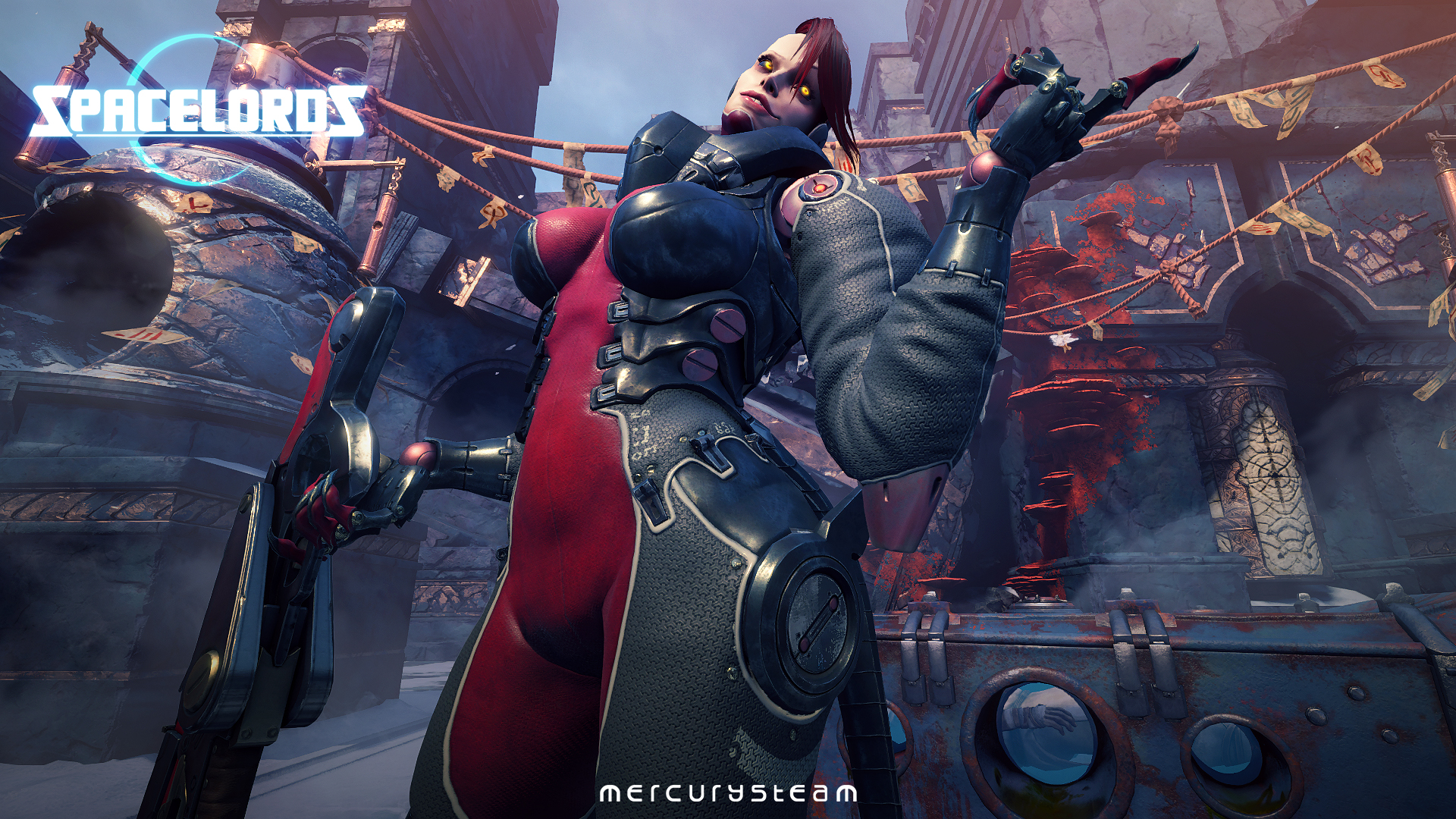 All Founders Pack owners will be able to use Ginebra from today, while those who have the Prologue or Alien Myths, will get access to her on November 9th. To celebrate, MercurySteam is sharing an awesome new trailer and some fresh Ginebra art now. On November 10th MercurySteam will also release a brand new #DevShouts video focusing on this formidable warrior, highlighting their favourite strategies for this unique character. 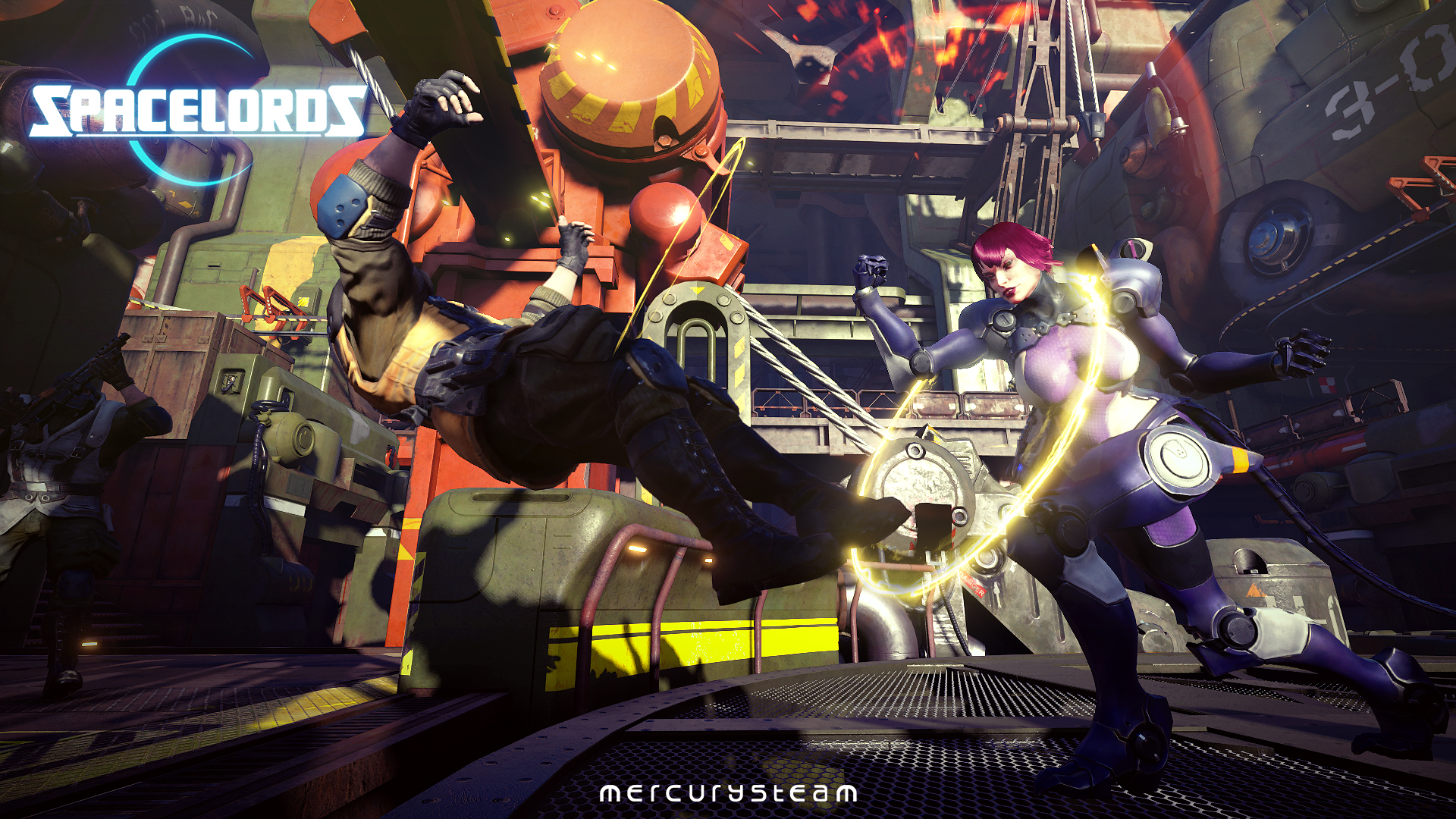 Ginebra joins the fray armed with her Sturzenegger Bogen C-A00 crossbow, loaded with deadly transmission bolts. However, what truly singles Ginebra out as a force to be reckoned with is her Armor-Plated “Sabretooth” Model Chassis. In this apex predator form, her movement speed is dramatically increased, even allowing her to run up walls. Players using Ginebra as a Raider or as an Antagonist will find her unique skillset gives them the scope for some cunning strategies on the battlefields of the Broken Planet. 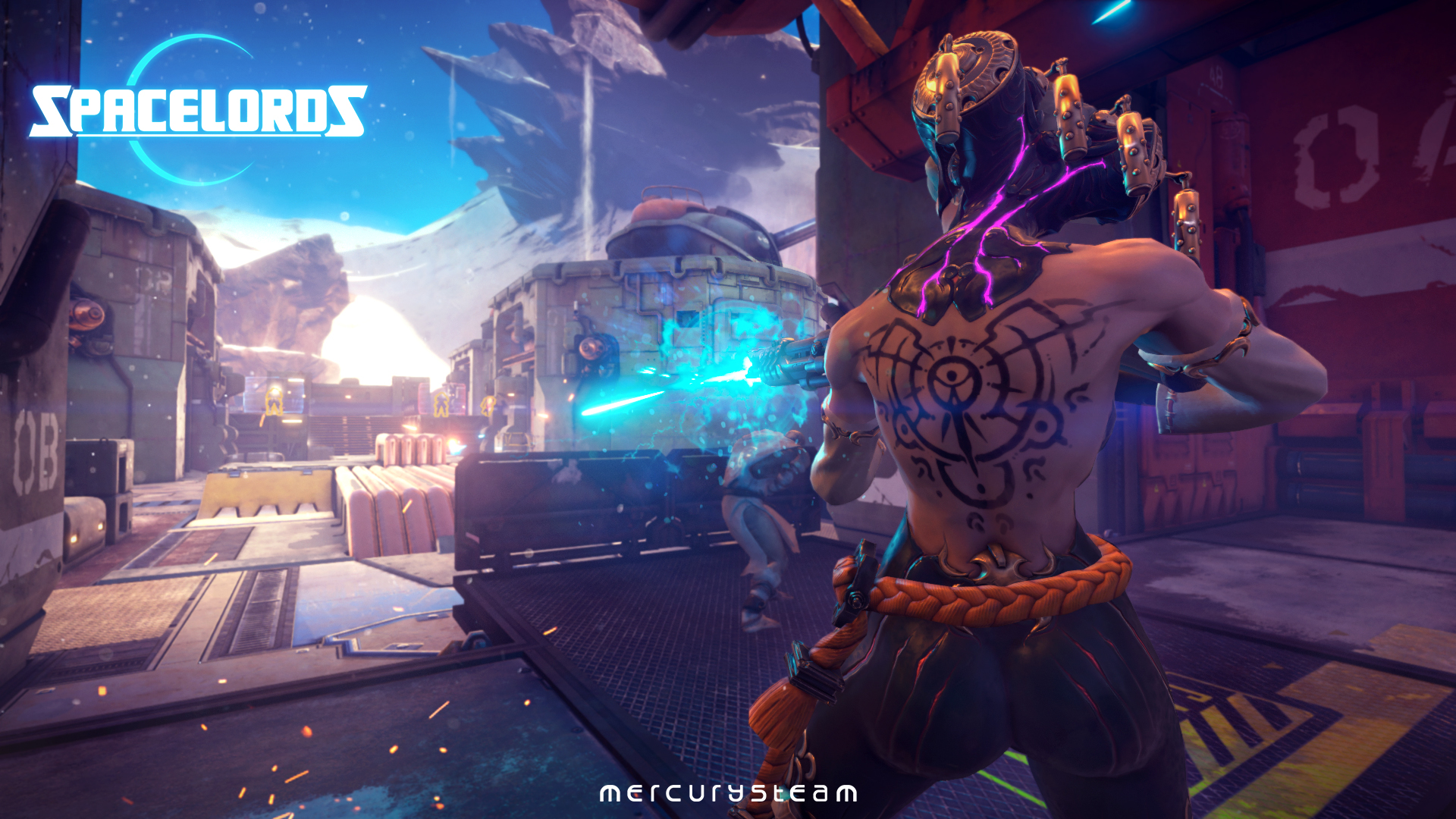 MercurySteam’s aim is for Raiders of the Broken Planet to evolve and develop in concert with its audience as a reflection of player feedback. With this in mind, the first major update to the game will dramatically change the way a large portion of players can experience this 4 vs 1 counter-operative third person shooter.

So far Raiders of the Broken Planet has hosted over half a million players. The game consists of a free Prologue and 4 adventure driven campaigns, each priced at €/£/$9.99. Previously, the free Prologue players were not able to access the full economy of the game, while those that purchased the Founders Pack or the Alien Myths campaign were. This is changing. In the latest patch, MercurySteam is opening the in-game economy to all.

Players who own or download the free Prologue, will now be able to use Gold, Faction Points and Character Points to unlock new characters, build weapons from blueprints found on the battlefield and unveil pieces of lore from the world of Raiders of the Broken Planet, now having full access to all the game’s features within the Prologue.

Where Mikah, Dr. Kuzmann and Ginebra were previously reserved for Alien Myths players, now anyone will be able to unlock these characters by investing the Gold they have earned during their matches. Players who go on to purchase Alien Myths, will be able to experience the first epic story of season one, and add the lethal sniper Shae – the campaign’s exclusive character – to their ranks.

Alien Myths is told across four adrenaline-fueled missions featuring intense action, unforgettable characters and sumptuous visuals – all delivered at a silky-smooth framerate. MercurySteam is committed to delivering a game that offers great gameplay, story, visuals, and all of it for just €/£/$9.99 per campaign, in addition to the free Prologue.

This is the first of many changes MercurySteam will be making in the next weeks and months to ensure that Raiders of the Broken Planet players have more flexibility and options to enjoy the game’s content.

View the Inside Raiders video here: 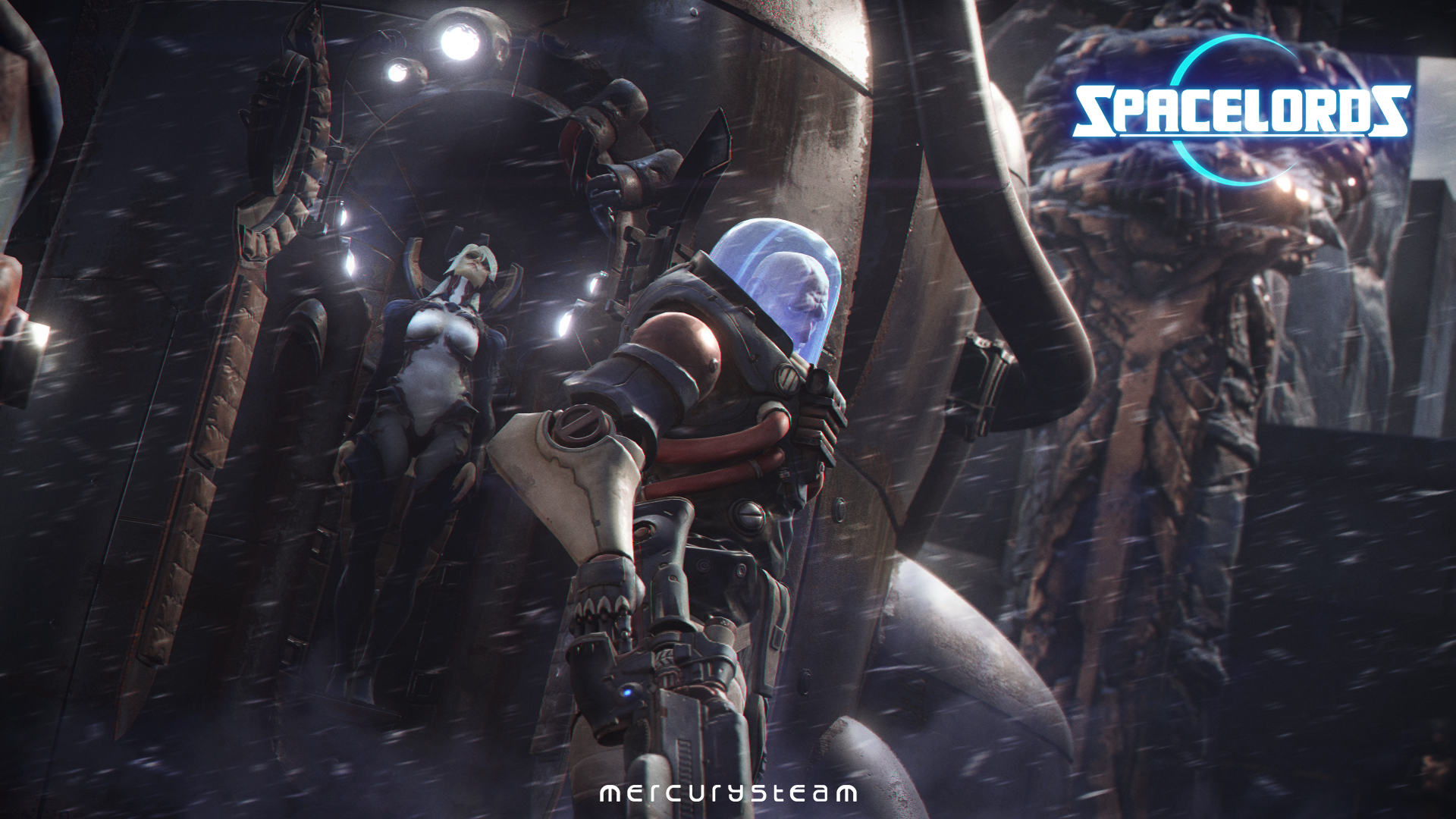 MercurySteam are pleased to release a new character for Raiders of the Broken Planet Founders Pack owners. Dr. Kuzmann, the demented villain who captured Shae in the Alien Myths campaign, is now joining the ranks of playable characters. All Founders Pack owners will be able to use Dr. Kuzmann from today, while those who have purchased the single available campaign, Alien Myths, will get access to him on October 19th. To celebrate, MercurySteam are sharing an awesome new trailer and Dr. Kuzmann art now and will release a brand new #DevShouts video focusing on the deranged doctor on October 19th, highlighting their favourite strategies for this unique character.

Armed with his Licht Speer AA-1 Lightning Rifle and devastating Shock ability, Alien Myths players have already experienced how deadly Dr. Kuzmann can be when fighting against him. Now players can indulge their maniacal tendencies fighting as or with him. Of course, Antagonist players can look forward to causing a whole load of havoc with the Doctor, too.

Once upon a time Dr. Kuzmann was a genius, a brilliant mind and an impressive scientist. Now, little remains of that promising geneticist, and a demented, lunatic, deranged person has taken his place. Long story short, he’s a fucking madman. Dr. Kuzmann is the epitome of the Fifth Council’s scientific division. His limited sanity is focused on torturing and experimenting on his enemies in the most twisted, unimaginable ways. 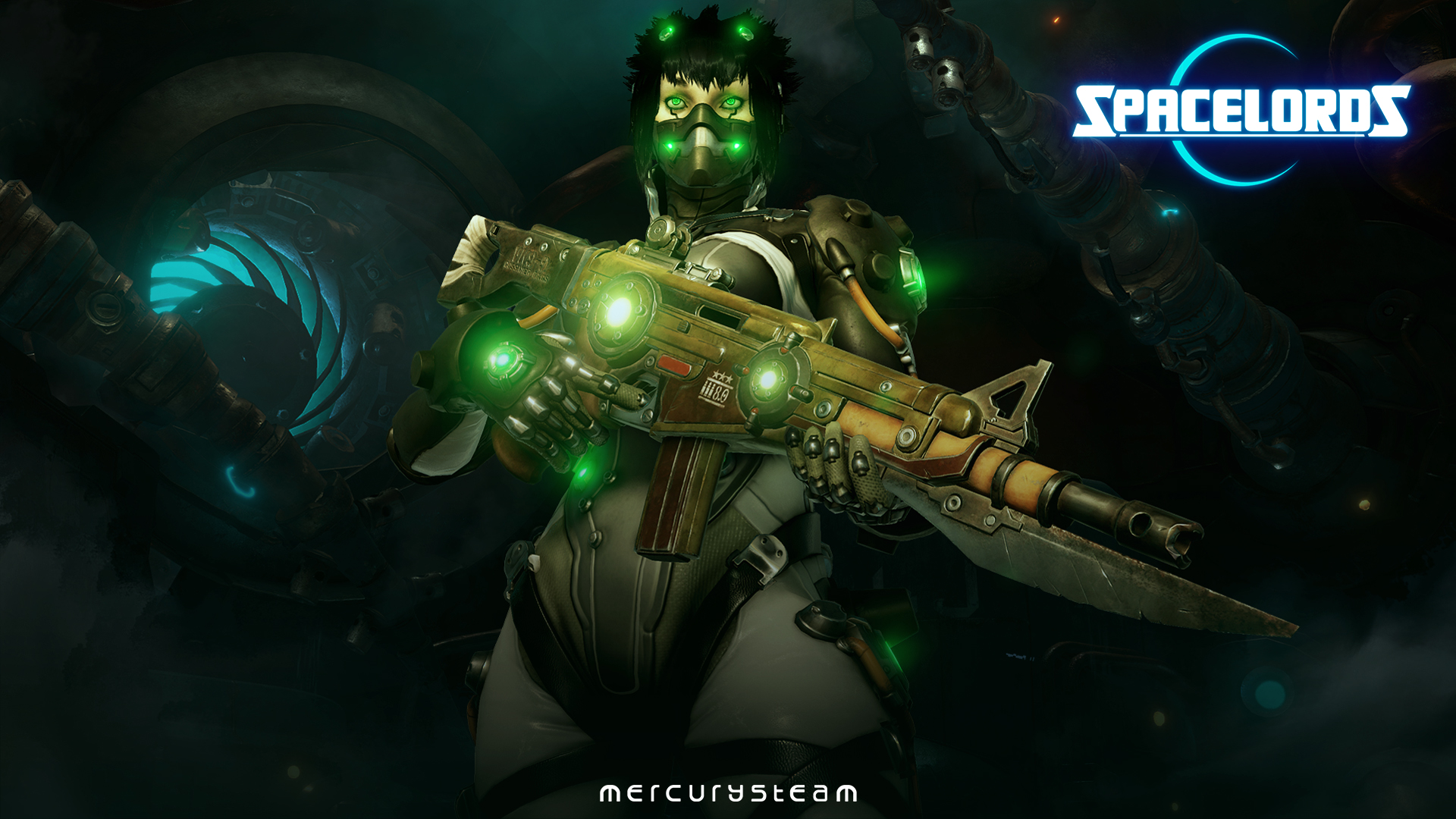 We have two solid weeks of gaming behind us since we released Raiders of the Broken Planet on September 22, and we would like to thank you all for your time playing the game, sharing content on Social Media, and contacting us to ask questions and leave your feedback on how to make Raiders an even better experience. This is your game now as much as it’s ours!

MIKAH JOINS THE RAIDERS!
Mikah, our favorite two-woman army is now available for all Raiders of the Broken Planet Alien Myths campaign owners. Mikah’s holographic powers are a really powerful addition to the Raiders’ ranks, but beware: for that very same reason she can become a fearsome Antagonist were she selected by the Uras-Beherit’s followers.

If you want to learn a few tricks about how to be more effective in your games selecting Mikah as your character, you’ll love our latest Devshout video, where Roberto Texeira (@Dukio), QA Tester at MercurySteam, reveals some wicked tactics for our favourite stowaway.

NEW CARDS!!!
Some of you might have noticed that the game was updated this week. It was a minor patch, including some general bug fixing and the inclusion of new Character and Faction Cards to further tool up your Raiders.

Remember that you can leave your feedback about the game, or report any bugs you might find, in our forum.

See you on the Broken Planet, Raiders.