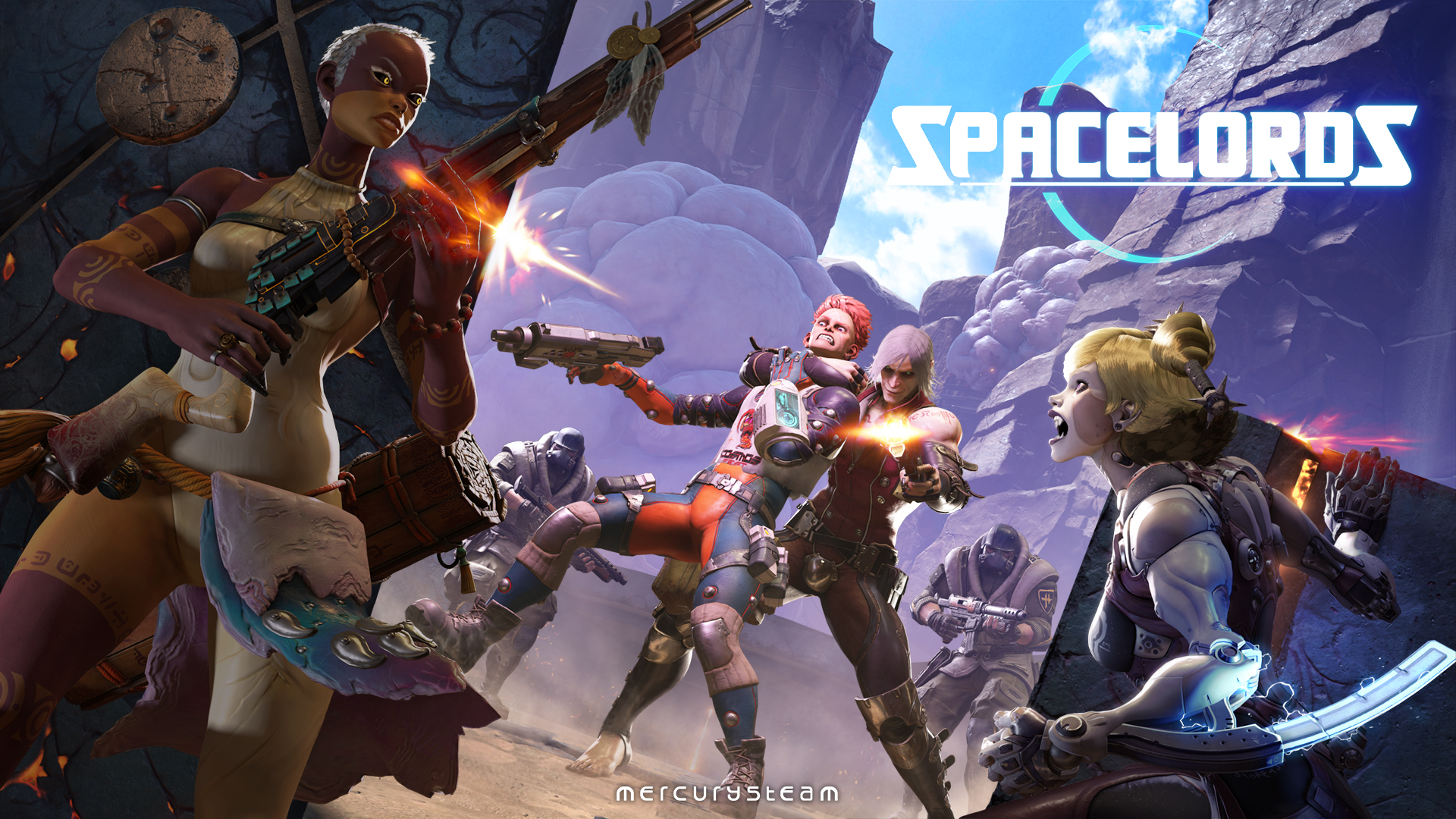 Independent development studio MercurySteam announced today the roadmap for Spacelords’ immediate future. Celebrating one year since Raiders of the Broken Planet launched, and a month after its rebirth as a Free to Play game, Spacelords continues to grow with over 400.000 games played in the last 30 days and a player base more than 10 times larger.

“We are very pleased with the game’s performance since Spacelords’ launched on August 23,” comments Enric Álvarez, Game Director. “We see many new players discovering Spacelords for the first time every day, and this roadmap is our way to thank all the community for their support and show our continuing commitment to the game.”

This roadmap includes four key upcoming main milestones, each marking major changes to the game. Between each of these milestone, MercurySteam will continue to release regular new content at a steady pace in the form of game updates, new skins, weapons and characters. 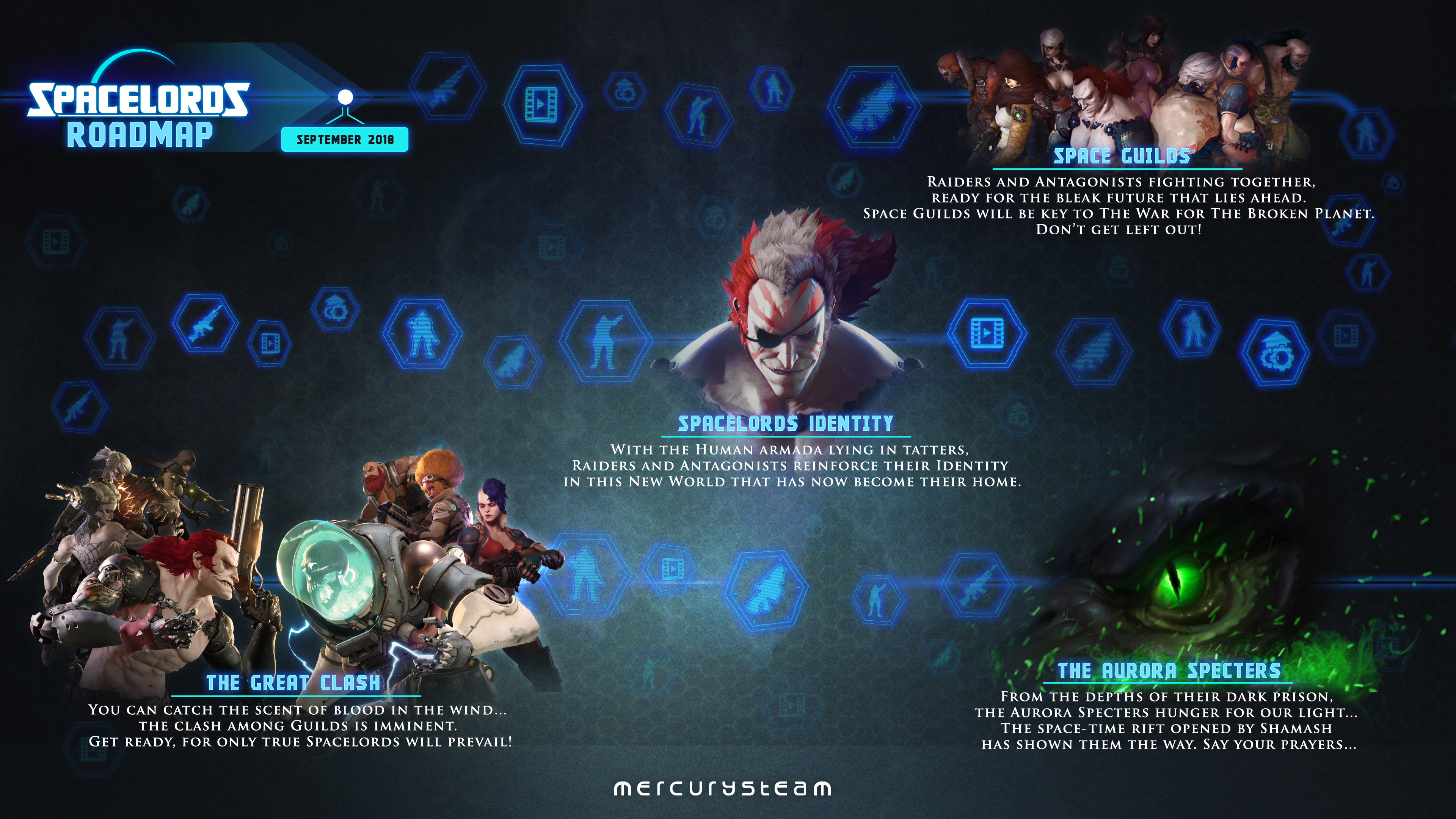 The first major Spacelords’ milestone will allow players to create and customize their own Space Guilds within the game, with full cross platform implementation* and expanded communication options. Aspiring Spacelords can team up, design their own Guild banner with the new in game editor and coordinate their games together in preparation for the conflict to come.

With the arrival of the new in-game store, players will now have countless more options for customizing their characters, with new outfits, exclusive weapon customizations, emotes to express in game and even new fighting styles, melee weapons and finishing moves.

With the Space Guilds now fighting to control the Aleph resources, the stakes will be raised much higher when they compete to show who’s the best! Guilds will endeavor to leave their mark on the Broken Planet, obtaining the best scores and literally planting their banner on the missions they master for all to see. This isn’t a battle anymore, but a War!

Spacelords thrilling 4 v 1 gameplay will be further boosted with the arrival of the Aurora Specters, daemonic entities whose eldritch powers are only rivalled by their thirst for the Raiders’ blood. Something wicked this way comes… 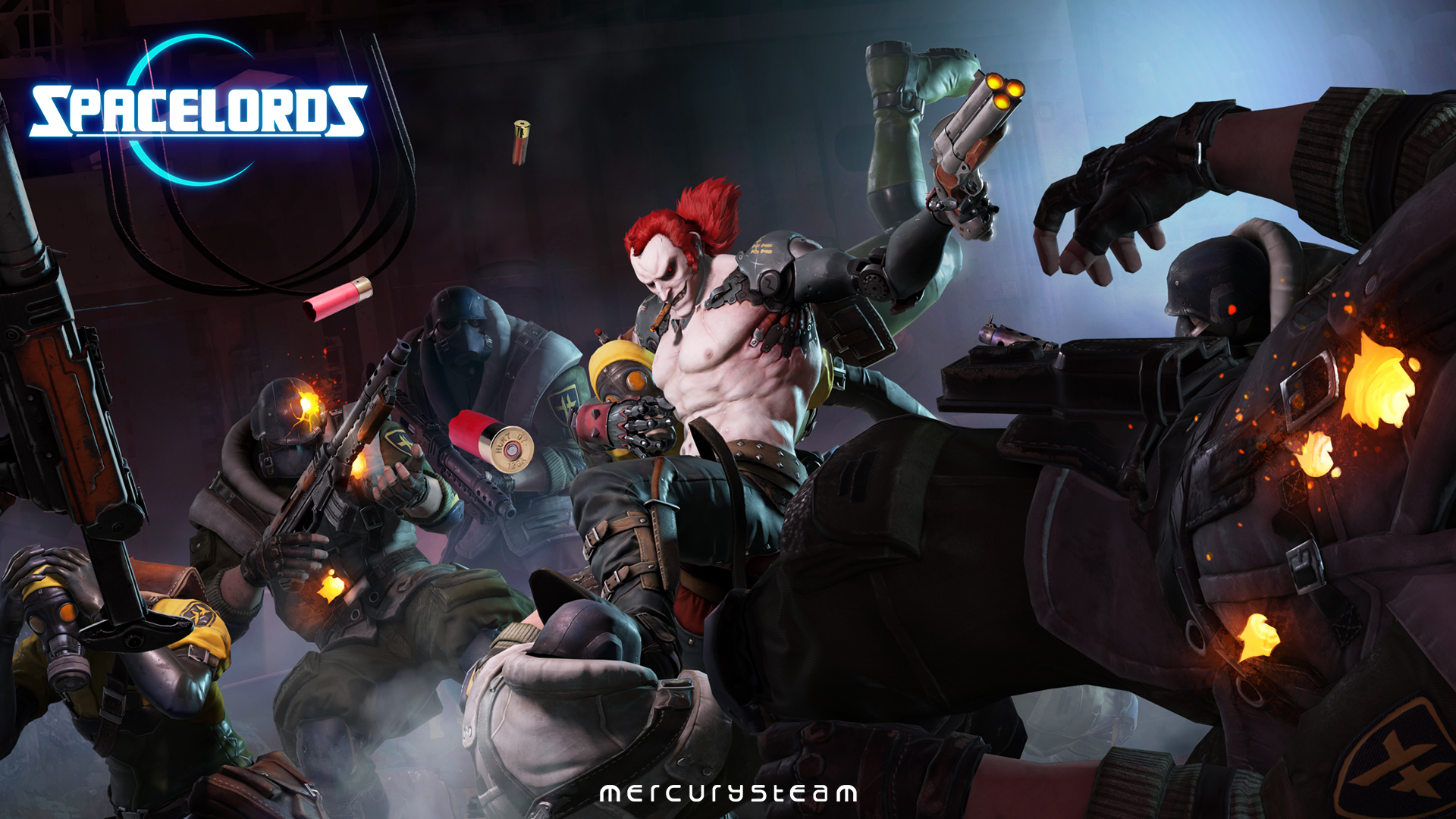 Spacelords is available now as a new and exciting Free to Play gaming experience for PlayStation 4, Xbox One, Steam and Windows10. MercurySteam will continue to steadily add new content, including characters, weapons and skins in the following months.